The M16 is an armoured half track. Poetically nicknamed the “meat chopper”, the M16 was characterised by its 360° firepower making it deadly for enemy aircraft.

Produced by manufacturer Diamond T. White from May 1943, the M16 was based on the M3 Half Track chassis. More than 41,000 M16 in diverse variants were produced. The M16 was very useful, and could also be used against ground targets. The Americans fitted four .50 calibre (12.7 mm) machine guns on a rotating quadruple mount at the rear, giving a 360° field of fire.

Our M16 Half Track has been restored with care, in its strict original configuration. It is in perfect working order, with its contemporary accessories and equipment, and regularly takes part in commemorations.

The M16 Half Track has all its documents: prefectural possession permit order, certificate of neutralisation (disarming). 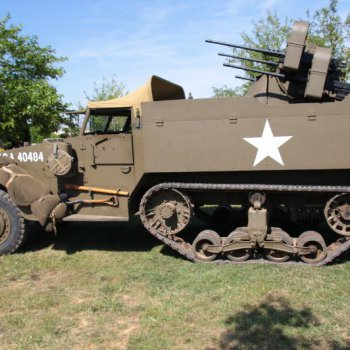 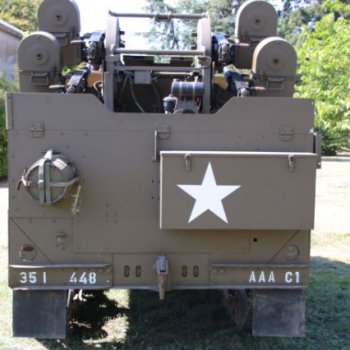 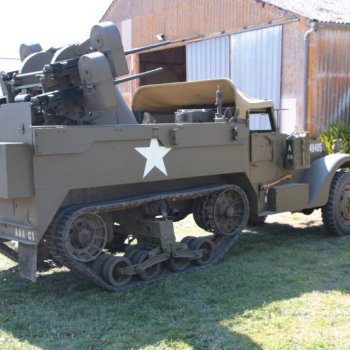 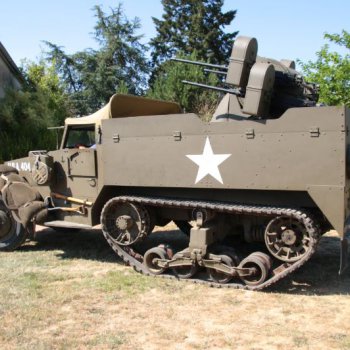 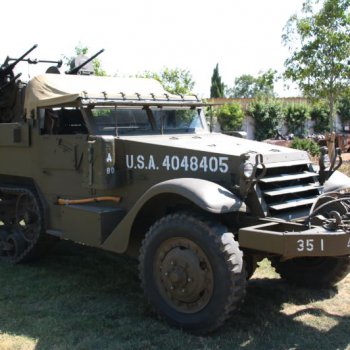 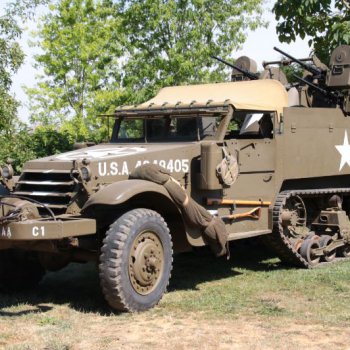 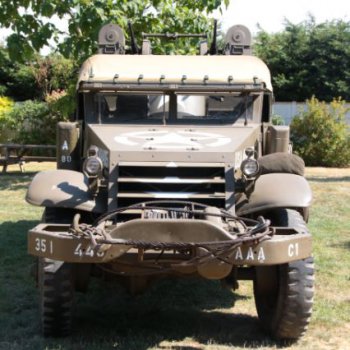 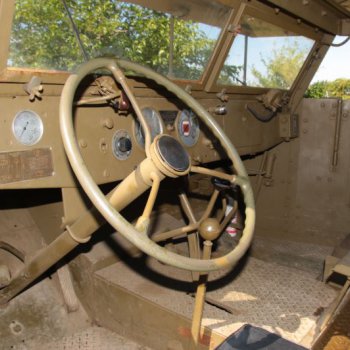 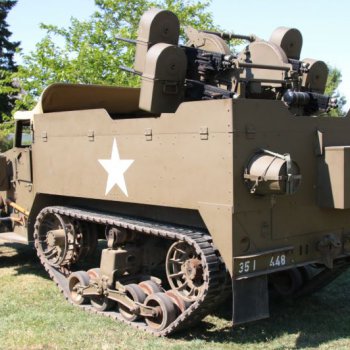 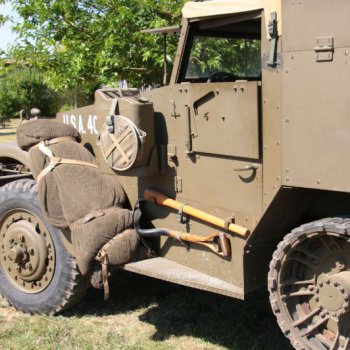 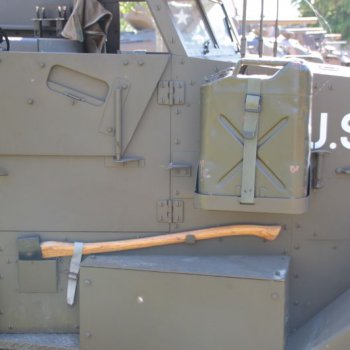 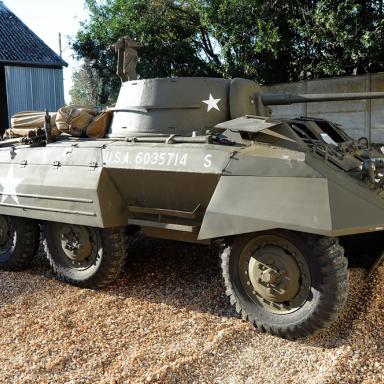 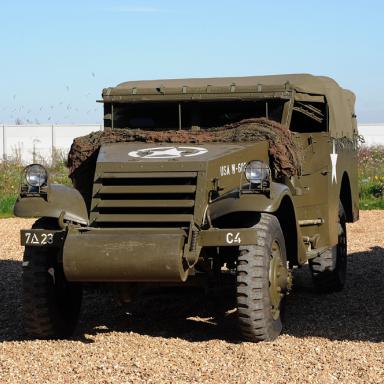