2017 was the 73rd anniversary of the Normandy landings. This year, many events were again planned to mark the occasion of D-Day. The Normandy coast was the theatre of a large number of commemorations, reconstitutions, air displays and exhibitions. The Liberation in June 1944 draws a broad public each year, from all directions.

For 4 days, the enthusiasm and the keen interest could be felt. The Sainte-Mère-L’Eglise municipality organised several events, in addition to concerts and the reconstitution of the Geronimo military camp. Civil and military parachuting displays were once again among the favourite events of the spectators. The Comité du débarquement Allié en Normandie organised a ceremony on 6 June at the monument in Sainte-Mère-l’Eglise in memory of the temporary military cemeteries.

For several years, Tank Rent has taken part in the commemorations of the Normandy landings, alongside other collectors, enthusiasts of old military vehicles. It is always with the same emotion and the same pride that Christian Dours and the members of the A.C.VE.MI. communicate in their way their respect for yesteryear's heroes at the wheel of vehicles permeated with history. 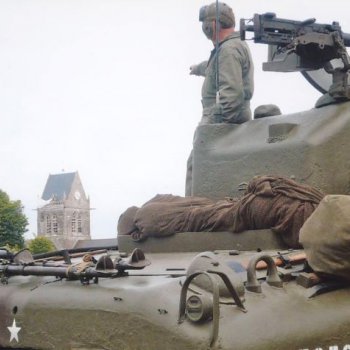 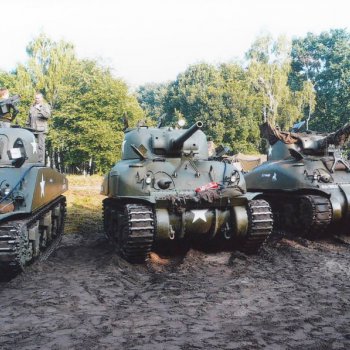 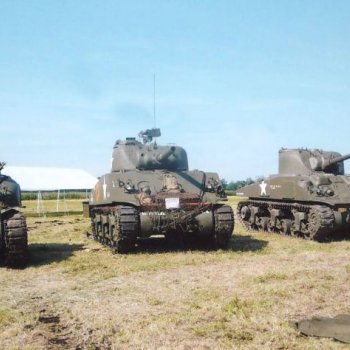 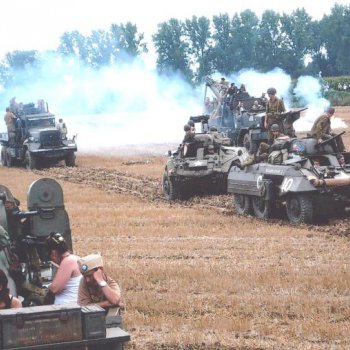 
“Tanks in Town” runs for a weekend. It is the largest gathering of tanks and other tracked vehicles in the world. The event takes place each year in honour of the liberation of Mons on 2 September 1944.

Believe the enthusiasts! What happens in Mons is [very] heavy stuff, as Mons is the only town in the world to open itself to armoured vehicles. A hundred battle tanks, armoured vehicles, troop transport vehicles and motorcycles of all types parade through the town centre in the reconstitution of the liberation of the town by the 83rd Armored Reconnaissance Battalion of the US 3rd Armored Division.

During two days, a Tank Rent Sherman tank took part in the historical reconstitutions. Children and adults, teenagers and veterans were able to admire all these vehicles which now form part of our cultural and historical heritage. The Liberty Convoy is composed exclusively of vehicles of the Allied armies that took part in the Second World War. 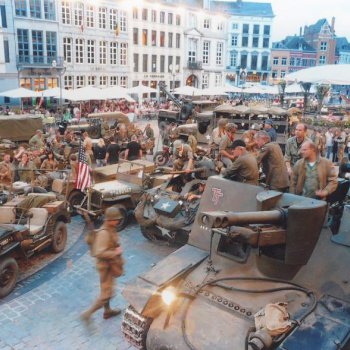 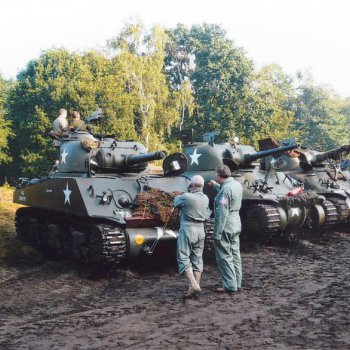 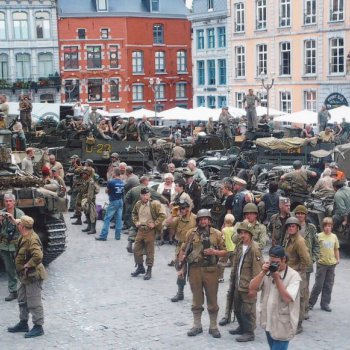 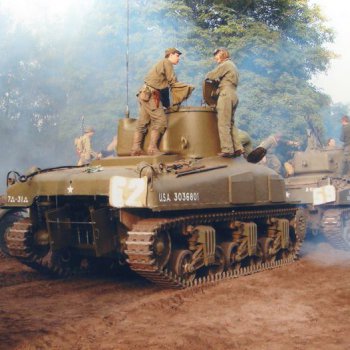 
Bayeux was liberated by the Allied forces on the morning of 7 June 1944.  Every year, events are organised to commemorate the Normandy landings. In 2008, Tank Rent took part in the 64th anniversary of the landings.

Loaded on its semi-trailer, the Sherman M4 was conveyed to the town of Bayeux in the Calvados department. A little further back, the Ford M8 followed the outsize load to the location of the Battle of Normandy commemorations. 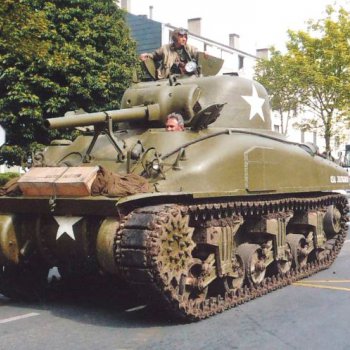 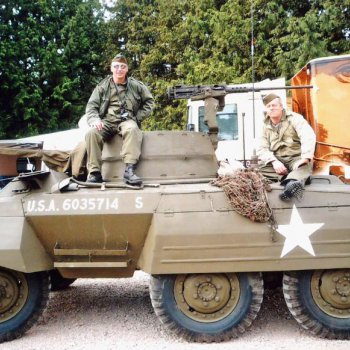 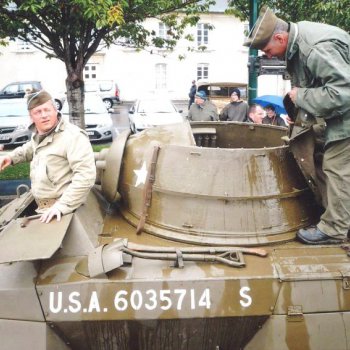 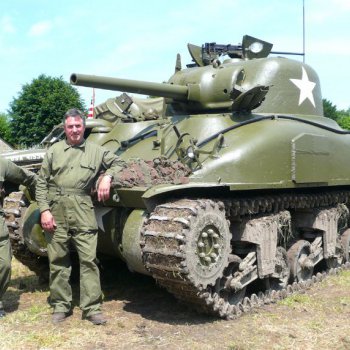 
Commemoration of the battle of Austerlitz at Coëtquidan camp.

A ceremony held at the two military schools, Pratzen (national camp) and cour Rivoli, with a reconstitution of the battle by young students. 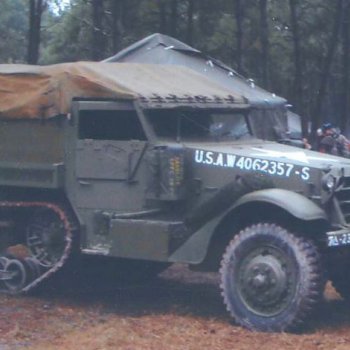 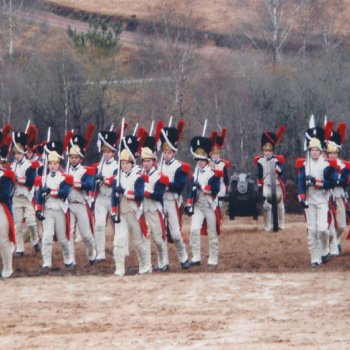 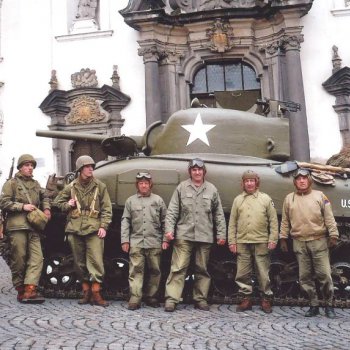 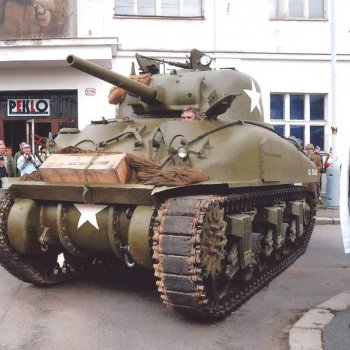 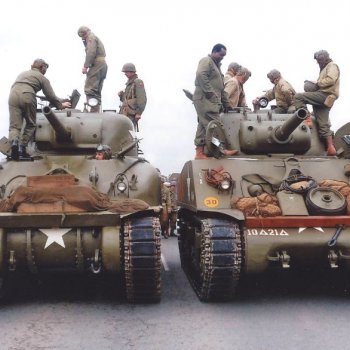