In the 1930s, the company BMW produced a number of civilian motorcycles that met with substantial popular success. This attracted close attention from the German army, which asked the manufacturer to produce a similar machine for military use by its troops. The BMW R75 was a motorcycle and sidecar combination capable of carrying three soldiers. More than 18,000 were produced, most being reserved for the army.

Development of the BMW R75 in response to the German army request started in 1938. The R75 was developed to meet the requirements of the German army specification. It had to carry a 500 kg load, at a cruising speed of up to 80 km/h fully loaded, run for long periods without overheating, have a minimum ground clearance of 150 mm, and wheels that could be chained for snow conditions.

Pre-production models of the R75 were powered by a 750 cc side-valve engine, based on that of the R71. However it was quickly found necessary to design an all-new OHV 750 cc engine for the new R75. The transmission featured a gearbox with four long ratios for on-road use and three short ratios for better off-road performance. The two reverse gears facilitated manoeuvres when the R75 was heavily loaded. The R75 had two-wheel drive (sidecar wheel and motorcycle rear wheel) with a locking differential, and wide mudguards to enable the fitting of chains. Its range was 350 km at full load, and it could reach 95 km/h even when loaded. It was the first motorcycle to have a hydraulic braking system on its rear wheel and the sidecar wheel, connected by an axle. Its chassis could be disassembled into several parts, simplifying the removal and reinstallation of the engine block.

The BMW R75 and its competitor, the Zündapp KS750, were the two best-known German army motorcycles. They were used extensively by the Wehrmacht in Russia and North Africa. BMW stopped production of the R75 for the army in October 1944, after Allied bombing of the Eisenach factory. 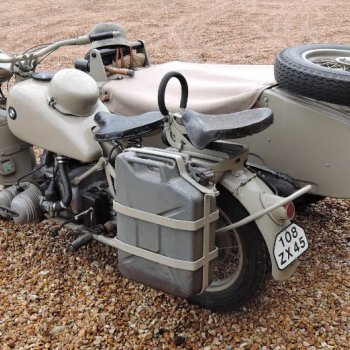 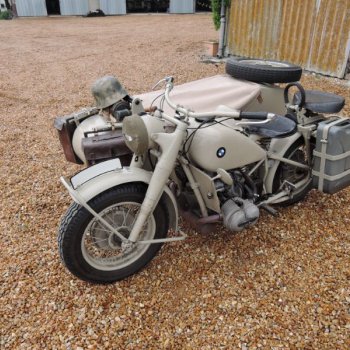 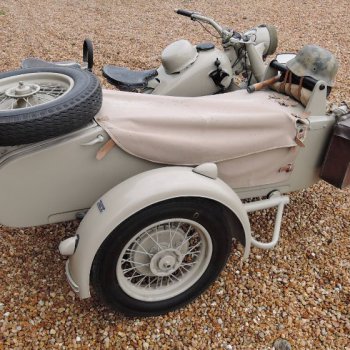 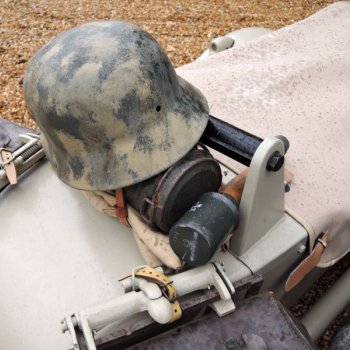 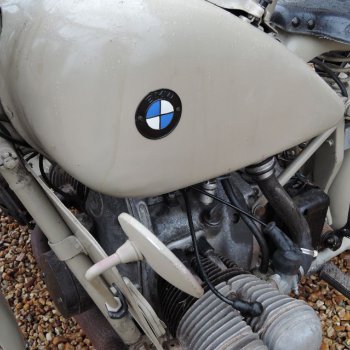 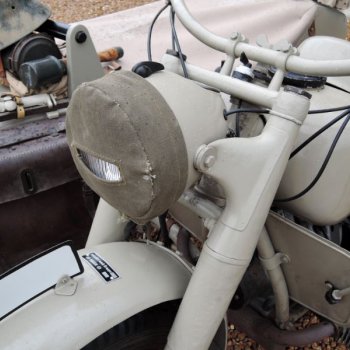 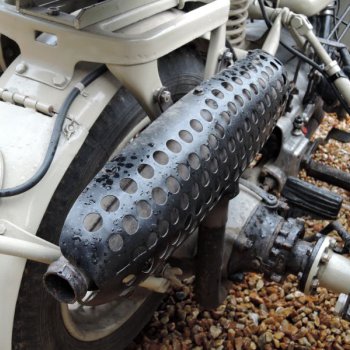 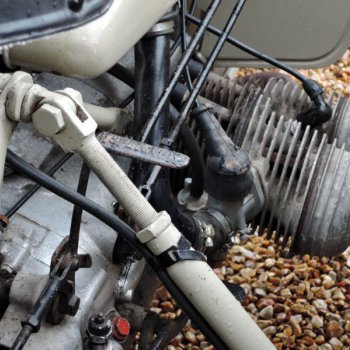